For this image we were just playing around using some low power solar camping lights to light the image. They provided very little light but, that was all we had. I sat there with my guitar and Patty shot the image. The first decision was how much of the image needed to be in sharp focus. I wanted the tent and the guitar player (me) to be in sharp focus. But at the same time I needed as wide an aperture opening as possible to let the most light in. F4.0 which is wide open for this lens and it still gave me the sharpness I needed (some test shots showed that I had sharpness I wanted). Next I needed to use slowest shutter speed that I could, while still keep the guitar player (me) sharp. Because I was siting down and able to brace myself with the guitar, I could use a shutter speed of 1 second (you may need some test shots to determine the minimum shutter speed usable in your situation). Well all I had left was ISO and that was adjusted to obtain the proper exposure as indicated by camera. I like to use the aperture priority mode. For this shot I set my aperture to F4.0 the shutter speed to 1 second and simply adjusted the ISO until the camera showed it had the proper exposure. 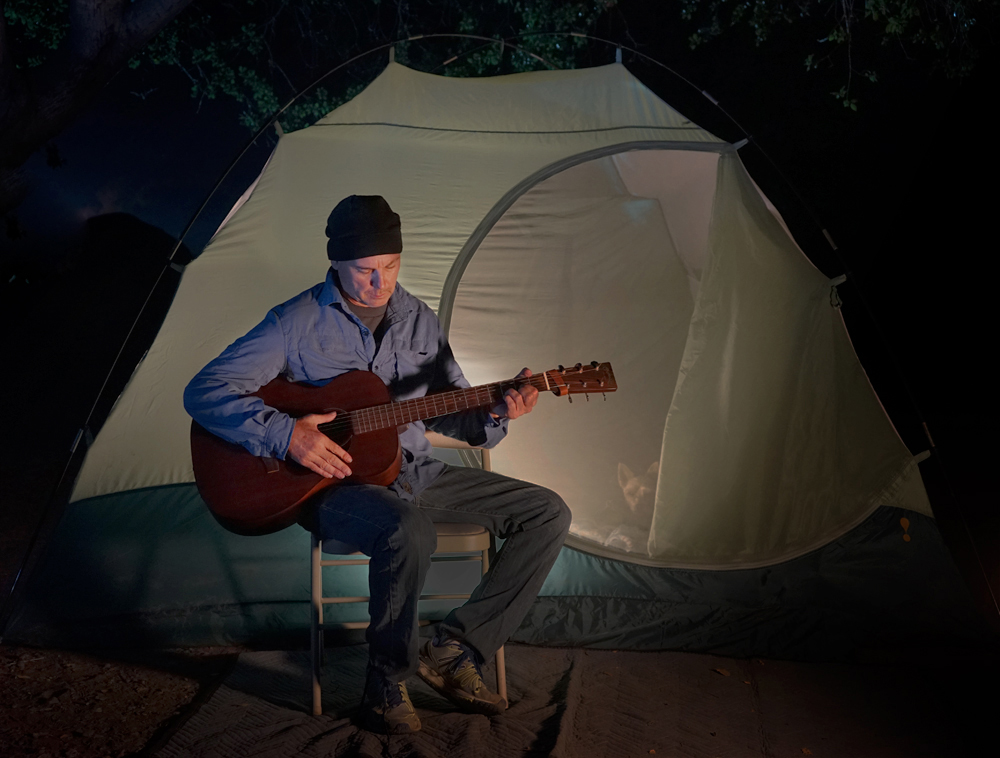 This same principal works for many different types of photography. For example in wildlife photography; you pick an aperture based on what you want in focus (or what you want out of focus) you then choose a shutter speed that will freeze your subject and give you a sharp image (or blur your subject to show motion). And then all you have left is the ISO to get the proper exposure.